Selena Gomez won't be revealing details of her relationship with boyfriend Justin Bieber on her new album. 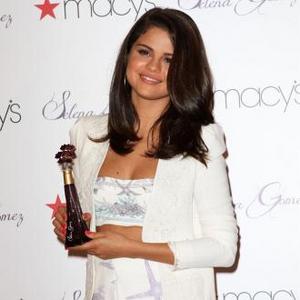 Selena Gomez won't be revealing details of her relationship with boyfriend Justin Bieber on her new album.

The 19-year-old singer announced that she would be heading back to the music studio as this is the first year she hasn't released an album, but confessed she has no plans to spill the beans on her love life.

''At the end of the day I only make my music because I want it be really fun and if I could have people dance to it, relate to it, have a good time, that's all I want.''

She revealed she wants to put out her fourth album followed by some touring.

Selena continued: ''I want to be able to write about things I've never talked about before and tell a story with this album because I've never actually had time to go in and do that.

She added that her favorite music at the moment includes Jason Mraz and Parachute.

The pop star added: ''And of course I always go back to being in love with Katy Perry.''

But the 27-year-old didn't even invite her to see her new movie, 'Katy Perry: Part of Me'.

She confessed: ''I wasn't even invited. I called and was like, 'Can I please come? I want to see this movie so bad.'''