Selena Gomez finally speaks out on her recent rehab stint and thanks her fans for their "unconditional love and cyber hugs." 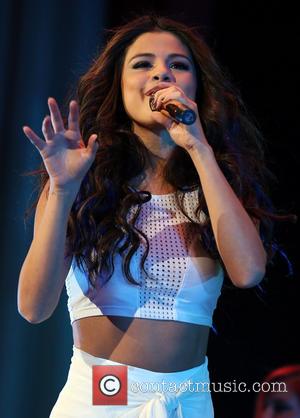 Selena Gomez has thanked her legion of fans for their support since news surfaced that the 21 year-old had a brief stint in rehab.

The 'Come & Get It' singer showed her love in an Instagram photo which was uploaded on Monday night (Feb 10th).

"I've done everything I could to the best of my ability," Gomez wrote in the pic's caption. "Thank you for the unconditional love and cyber hugs. You inspire me."

The snap displays the 'Stars Dance' hit maker looking very happy as she is sporting a big smile while holding a glass of what looks like red wine and standing on a boat.

The picturesque background features a lake in the valley of a cluster of hills and mountains which descend into low lying fog.

It was reported last week that Gomez entered the Dawn at the Meadows rehabilitation facility in Arizona last month, but for not any substance or alcohol issues.

While in the treatment center Gomez went against medical advice from doctors and left rehab only after two weeks into a six week program, in order to attend this year's Sundance Film Festival in Utah for the premiere of her upcoming film, 'Rudderless.'

Gomez was allegedly planning to go back to Meadows, but decided not to return after the film festival was over.

Prior to entering rehab, the 'Slow Down' singer suddenly canceled key dates in January for her 'Stars Dance' tour in Australia and Asia.