Selena Gomez has opened up about her fledging romance with Justin Bieber on US talk show 'The David Letterman Show'. 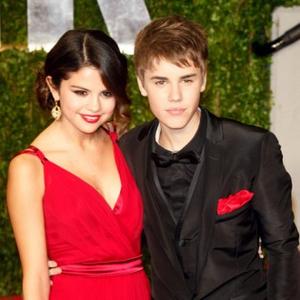 Selena Gomez has opened up about her fledging romance with Justin Bieber.

Selena Gomez the 18-year-old actress - who was recently pictured holding hands with and kissing the teen singing sensation - admitted she has been glad to find someone who can understand the pressures of a career in the limelight.

She told US TV talk show host David Letterman: "I'm blushing! He's been in my life for so long and it's just nice to have someone that understands what you're going through."

However, the brunette beauty confessed she didn't meet the 17-year-old 'Baby' hitmaker until his manager called her mother to arrange for the teen stars to get together.

Discussing how long she has known Justin for, Selena added: "Uh, almost, like, two years now. His manager called my mom, who's my manager."

However, life hasn't always been so easy for the pair - who haven't yet confirmed their romance, despite attending The Oscars together - as Selena recently admitted she was "hurt" by Justin's fans who openly criticised her through social networking site twitter.

She explained: " It's hard. It hurts, it really does. I don't feel like I'm doing anything wrong. I've been best friends with him for a very long time. It does hurt my feelings a lot but I try not to focus on it. I have a strong family and great fans."