Selena Gomez has admitted that she doesn't like it when her rumoured boyfriend Justin Bieber grows a moustache. 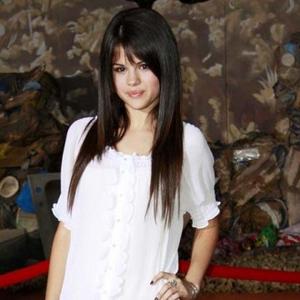 Selena Gomez doesn't like it when Justin Bieber grows a moustache.

The 18-year-old singer - who was recently pictured kissing and holding hands with the 'Baby' hitmaker - admitted that she prefers her rumoured boyfriend when he's clean-shaven.

When asked whether she minds it when Justin lets his facial fuzz grow she answered: "I actually don't.

"You've got to commit [to growing a moustache]. You can't just be like, 'Let me do a little one.'"

Talking on Sirius XM's radio show 'The Morning Mash', she also gave her opinion on "soul patches" - small areas of hair on the chin - saying she isn't a fan of them either.

Earlier this week the pretty brunette said she has known the 17-year-old singer for two years and revealed they met through her mother.

She said: "His manager called my mom, who's my manager."

The 'Who Says' star won't confirm whether she and Justin are in a relationship or not but was also happy to admit that she is close to him because he "understands" the pressures of fame.

She told US talk show host David Letterman: "I'm blushing! He's been in my life for so long and it's just nice to have someone that understands what you're going through."