Selena Gomez is taking a break from music this year as she wants to concentrate on her acting career. 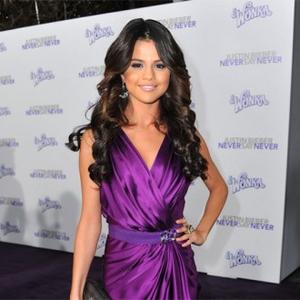 Selena Gomez is taking a break from music.

The singer-and-actress wants to concentrate on her acting career for most of 2012 so her fourth album probably won't be out until next year.

She told Front Row Live: "I'm gonna do my South America tour, which I'm excited about and then I'm gonna take a little break from music and do two films, which will probably take up most of my year. And then I'll start working slowly on a fourth album towards the end of the year so I won't have anything new out this year. But then again, I'm so anxious with music that I'll probably release something in November!"

While she wants to concentrate on acting, Selena - who is dating Justin Bieber - is also keen to collaborate with singer Noah Guthrie.

She said: "My family manage him and I really love his work. I'd like to do something with him. There's two songs of his that I love of his that I want to hopefully get on, so that would be nice."