Selena Gomez Gets New Cryptic Tattoo, But What Does It Mean? [Picture]

The 21 year-old singer's newest body art, wrote in Arabic, translates to "Love Yourself." 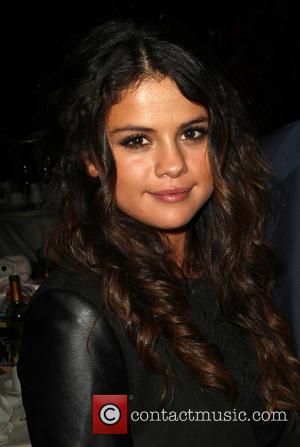 In the midst of her on again, off again relationship with Justin Bieber, Selena Gomez decides to get a new tattoo.

The new ink is located on the 21 year-old pop star's upper right side of her back, and appears to be in some sort of Arabic translation.

It didn't take long for Gomez to show off her body art with her 11 million followers, on Wednesday (July 16th) she took a snap of the new tat and posted it on Instagram.

"Art by @bangbangnyc --from my first to my last," the caption read. "It's always this fool."

Although the 'Come & Get It' singer didn't reveal its meaning, celebrity tattoo artist Bang Bang McCurdy gave all the details on the new body art to E!News.

Bang Bang told the celebrity site that Gomez got inked "about a month ago," and that "she had been wanting this one for a while." He claimed to have done the job in New York City when the star came to the parlour "with a couple of friends."

"Its meaning translates to 'Love Yourself,'" the tattooist divulged of the Arabic script.

"Selena already had it written out how she wanted," he added. "The tattoo is about 4 inches, and didn't take too long, probably about 30-45 minutes. The longest part is laying it out. We played with it a bit laying it out, until we found the perfect spot."

And Bang Bang even confirmed that Gomez was very pleased with the finished product, "She loved it; she flipped out!" he said.

But the former Disney star, who already "has about 5-6 tattoos," may want more additions in the near future. "When we did that one, she was talking about another one," Bang Bang said. "But we haven't talked plans just yet. There are always plans to do another one."