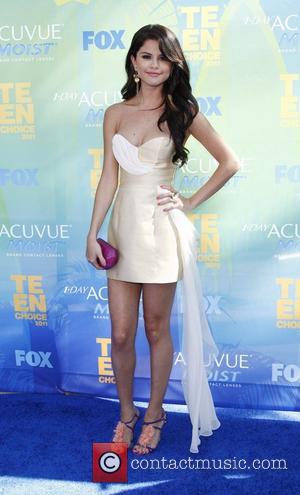 Selena Gomez has reportedly dumped her boyfriend Justin Bieber after deciding he was too immature for a relationship. The Wizards of Waverly Place singer was allegedly unhappy at Justin's friendship with rapper friends Chris Brown and Sean Kingston.
A report in Sunday's Daily Star newspaper claimed the relationship has been on the rocks for the past few weeks, but that Gomez has finally decided to call it quits. A friend of the 19-year-old revealed, "The big headline-grabbing romance is over. All Selena wants to be now is friends". However, Selena is allegedly in the market for an older, more mature man. The insider added, "She doesn't feel Justin is quite mature enough yet to be in a long-term, stable relationship. She's in the market for someone a little older and more worldly-wise". Rumours of a break-up first began circulating after Bieber reportedly began getting close to his ex-girlfriend Jasmine Villegas. However, Gomez has been "spotted flirting" with the 25-year-old Transformers star Shia LaBeouf.
Despite being invited to the nuptials, Justin Bieber and Selena Gomez chose not attend the wedding of Kim Kardashian and Kris Humphries at the weekend. The famous pair married in front of a reported 400 guests in Montecito, California.