Gomez was performing on the second night of her Revival World Tour when she spotted the home-made banner being waved by somebody near the front row.

Selena Gomez triumphantly put paid to any suggestions that she wants to get back together with Justin Bieber, with the release of a fan video of her trashing a sign reading ‘Marry Justin Please’ after it was handed to her at a gig this week.

The 23 year old star recently kicked off her Revival World Tour, and performed in Fresno, California in front of thousands of fans on Sunday evening (May 8th) when she was handed the sign by an adoring fan who clearly still harbours hopes that ‘Jelena’ is still a thing. 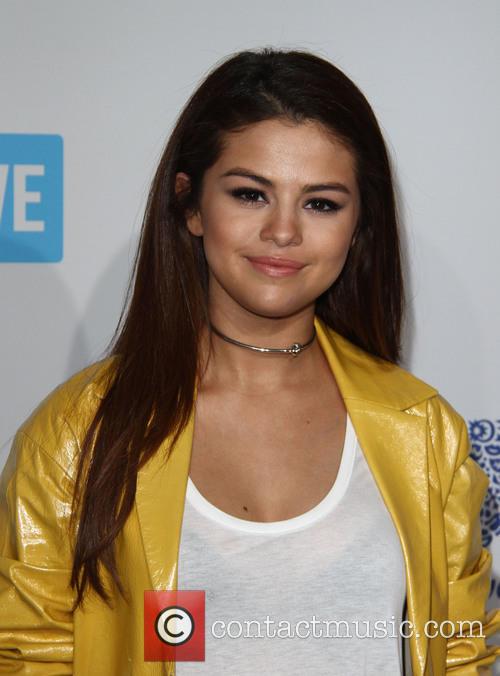 “SELENA CRUMPLED UP MY SISTERS SIGN IM CRYING,” the fan wrote, with an accompanying video showing Gomez pointing at the girl to hand over the sign. She then crumples it up, drops it on the floor and carries on performing.

In fairness, Gomez has consistently maintained to the media that she’s over Bieber, whom she dated on and off for a number of years before finally breaking up in 2013. However, some onlookers have always hinted that there’s a part of her that may want to reunite with the Canadian star, meaning the story has never quite gone away despite her best efforts.

“She didn't mention anything after. I got my paper back though. It wasn't meant to be mean,” the fan told E! News later on in the evening. “I love Selena and Justin, and love them together as well. It was the second to the last song that it happened. She put on a great show though.”

About two months ago, many fans of the couple were convinced they were on the road to getting back together, with Bieber’s throwback Instagram photo of the couple kissing on top of his plans for a dinner date with Gomez that were mysteriously cancelled in March.

“I don't know why he didn't go through with it, and I also don't know if he ever even told Selena about his plan,” a source told E! News back then. “I do know he is really obviously trying to date her again.”

More: Selena Gomez to executive-produce Lifetime series about her own life