Pop Star Selena Gomez Has Hit Back At Dj/producer Diplo For Suggesting Her Brief Relationship With Zedd Was Fake. 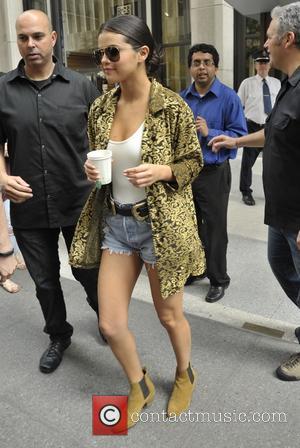 In an interview with Radio.com earlier this month (Jun15), Diplo discussed his purported feud with the Clarity hitmaker, insisting the two electronic dance music superstars are not enemies, but he is frustrated by the way his fellow DJ is being marketed.

Diplo said, "Now he's pegged as a money-maker for a major label to do EDM, which to me isn't even a genre. They've pegged him for that. They've marketed him, even the fake relationship with Selena Gomez."

Gomez responded to his remarks during an interview with a New Zealand radio station on Tuesday (30Jun15), revealing she actually spoke with Diplo, who insisted his comments were "just a joke".

She continued, "It's very interesting that Diplo would think he knew about my personal life, but he doesn't. I adore Anton (Zedd) a lot and I definitely had a thing with him, which was nice."

Gomez and Zedd reportedly ended their brief romance in April (15).

Ironically, Gomez's best friend Taylor Swift has also taken issue with remarks made by outspoken Diplo - earlier this year (15), the DJ made a joke about Swift's body shape, prompting pranksters to launch an Internet campaign to raise funds to buy the Love Story star a new "booty".

They reportedly ended the rift at the Grammy Awards in February (15).