Selena Gomez insists she's not a diva but does always demand Japanese noodles and incense on tour to keep her happy. 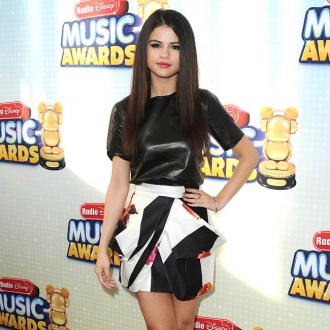 The 20-year-old singer is about to embark on her three-month world tour and although she insists she isn't a diva, Selena always asks for portions of noodle soup dish ramen backstage as well as incense to burn.

She said: ''I actually have a boring rider. I'll be honest ... ramen. That's what I have. I'm more about food and apparently incense.''

Selena has been hitting the gym hard to get in shape for her 'Stars Dance Tour', which kicks off in October, and wants her performances to feel like a crazy rave that gets everybody up on their feet.

Speaking to MTV, the pop star explained: ''I want it [the tour] almost to tell, not necessarily a story, but I want it to feel like a big rave.

''When I started performing and I was maybe 16 or 17 half the time it was a 'Wizards [of Waverly Place]' fan base so it was a little bit of a younger fan base.

''They could not care that I was on that stage they were braiding their hair, but they were dancing and having the best time and honestly that's what I want.

''Whether you go and you don't care what I do on that stage, just have a great time I want it to feel so powerful and everybody just dance and let loose.''

Selena - who has an on/off relationship with Justin Bieber - kicks off her tour on August 14, at the Rogers Arena in Vancouver, Canada.