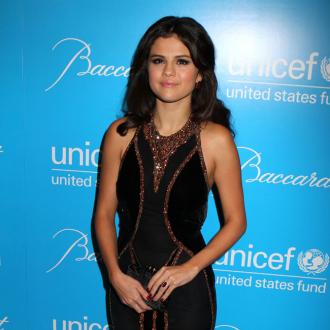 The 20-year-old actress - who recently called time on her almost two-year relationship with Justin Bieber - was spotted getting ''super close'' to her 'Monte Carlo' co-star at the Golden Globes after parties on Sunday (13.01.13).

A source, who spotted Selena, Luke and their friends including Josh Hutcherson and Ashley Tisdale at a party, said: ''They were all dancing around as they walked in. They were all having lots of fun.''

Selena is apartment hunting following her split from Justin and has recently been viewing properties in Los Angeles.

The 'Love You Like A Love Song' singer viewed a few properties on Monday (14.01.13) following reports she broke up with Justin because he was too needy for her.

A source previously said: ''Justin is super needy and can be a big baby around Selena. It's hard for him to make real friends because he likes the temporary attention of strangers, but didn't see how it hurt Selena.

''Selena didn't feel Justin was respectful of their relationship. She was constantly catching him in positions with other girls that would make her uncomfortable. She would get super jealous.''

The couple broke up shortly after holidaying in Mexico where they had planned to ring in the New Year together but got into a huge argument on December 30 after she allegedly found text messages from other girls on his phone.

She then fled back to the US.