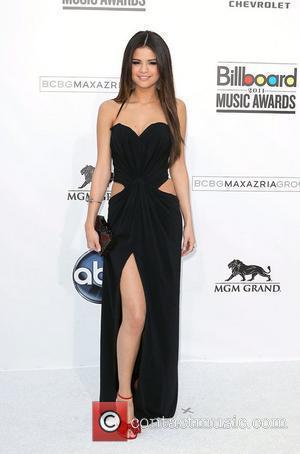 Singer/actress Selena Gomez has come under fire from overzealous fans of Justin Bieber after steamy snaps of the teen couple on holiday in Hawaii emerged online.
The pair, which previously tried to keep its romance a secret, jetted off on vacation last week (begs23May11) and was soon pictured fooling around on a beach in Maui.
The stars were photographed frolicking in the sea and smooching on a jet ski, while another shot showed the young lovers kissing as Gomez wrapped her legs around her 17-year-old beau's waist. The Baby hitmaker was also seen grabbing 18-year-old Gomez's bum in one saucy image.
The photos have irked Bieber devotees and many of his jealous fans took to Twitter.com to lash out at Gomez for stealing their pop idol's heart.
One angry follower writes, "Dear Selena Gomez. I hate you more than life. Go jump off a cliff. K (OK)?"
Other Twitter posts were more sinister, with one girl sending a chilling warning to Gomez: "Stay away from Justin (sic) pedophile. I'm gonna kill ya (sic) in the night underneath your smelly bed." Another furious fan tweets, "Selena Gomez is dangerously close to a long, slow painful death."
The couple first went public with its romance at an Oscars afterparty earlier this year (11), and shared their first on-camera kiss at last weekend's (22May11) Billboard Music Awards, where Bieber claimed six prizes.
It's not the first time Gomez has been targeted by Bieber's huge following - in March (11), she admitted she struggled to deal with bitter comments about her budding romance, insisting the harsh rants "hurt" her feelings.