One of the most breathtaking films of the year, this ambitious story shifts from a slacker romance to a heist thriller without skipping a beat. Indeed, it's shot in a single unbroken take on the early morning streets of Berlin, which makes it an extraordinary achievement (Birdman looks almost amateurish by comparison). And it's packed with characters who are hugely engaging. 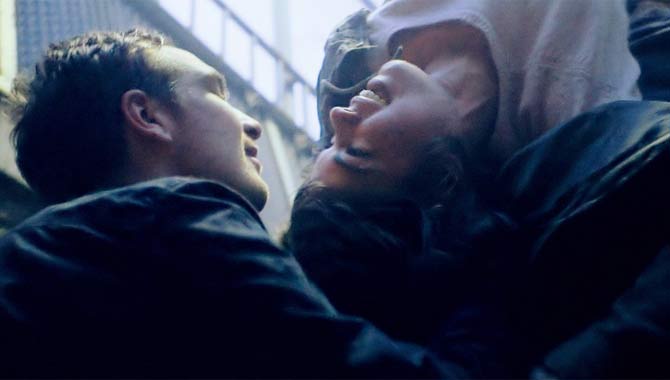 It opens in a raucous underground nightclub, where Spanish expat Victoria (Laia Costa) meets the flirtatious Sonne (Frederick Lau) and decides to hang out with him and his three friends before starting her breakfast shift in a nearby cafe. But Fuss (Max Mauff) collapses after a night of binging, so the other two, Boxer and Blinker (Franz Rogowski and Burak Yigit), suggest that Victoria take his place on a job Boxer needs to do to repay a debt to a gangster (Andre Hennicke). Of course nothing goes as any of them expect, and just as the sun rises Victoria finds herself driving the getaway car for a riotously out-of-control bank robbery.

Director Sebastian Schipper puts this together so skilfully that the audience has little choice but to hold on for the ride. And it's exhilarating! Victoria's odyssey is sexy, funny, moving, terrifying and thoroughly entertaining from start to finish, and each moment along the way feels utterly fresh and real. Meanwhile, the unbroken photography is nothing short of miraculous, as cinematographer Sturla Brandth Grovien manages to manoeuvre the camera in ways that amplify the story while providing pace and rhythm to the film. There's even a terrific montage sequence, all without a single cut. Through all of this, the actors create bracingly realistic characters. Costa's Victoria is a tough woman who gets caught up in this bizarre situation simply because she falls for a shady man, and her reactions are constantly surprising. As is her interaction the the guys. 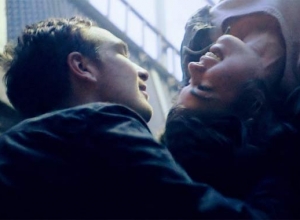 One of the most breathtaking films of the year, this ambitious story shifts from a...