Sean Penn has filed a $10 million lawsuit against 'Empire' director Lee Daniel, accusing him of defaming him while defending Terrence Howard in relation to domestic abuse allegations. 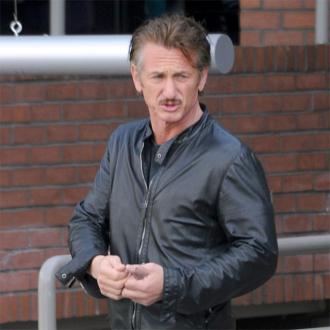 The Oscar winner, 55, has filed a defamation lawsuit against the 'Empire' director, accusing him of dragging his name through the mud while defending the show's star Terrence Howard, who was accused of domestic abuse by ex-wife Michelle Ghent during their recent bitter divorce battle.

In documents submitted to New York's Supreme Court today (22.09.15), the 'Mystic River' actor's lawyer Mathew Rosengart states: ''As a result of Penn's status as a public figure, he has for years been the subject of scandalous, scurrilous, and baseless attacks. But Penn, like any citizen, has a right to defend himself and will no longer tolerate the reckless and malicious behaviour of others, who seek to aggrandise themselves or their projects at his expense. Accordingly, and because of Daniels' defamatory statements, Penn brings this action for monetary relief, and to deter Daniels and others from their defamatory actions.''

Sean, who strenuously denies rumours he was violent towards ex-wife Madonna in the 1980s, decided to take legal action after Lee, 55, told The Hollywood Reporter last week: ''Terrence] ain't done nothing different than Marlon Brando or Sean Penn, and all of a sudden he's some f**kin' demon. That's a sign of the time, of race, of where we are right now in America.''

The 'Milk' star's lawyer says that while Terrence has publicly admitted to physically abusing women, Sean ''has never been arrested, much less convicted, for domestic violence, as his ex-wives (including Madonna) would confirm and attest.''

He also believes Daniels' defence was ''apparently part of a misguided campaign to profit and further bolster and brand his show 'Empire' (on the eve of the Emmy Awards, when the statements were made).''