The Wife Of Dancehall Star Sean Paul Has Taken Aim At Olympic Gold Medallist Usain Bolt For Allegedly Terrorising His Neighbours In Kingston, Jamaica With His Hard-partying Antics. 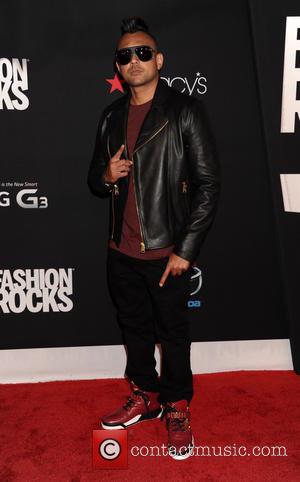 Sean Paul and his wife, Jodi 'Jinx' Stewart-Henriques, purchased a home in the Norbrook housing complex next to the superstar athlete in 2013, but the model claims Bolt has made life a living hell.

She recently lashed out at the sprinter in a post on Facebook.com, writing, "Between the bikes, loud, horrid music, parties and screams, I honestly wish he would go back to where he came from. He's a horrible neighbour. He takes his nasty behaviour with him everywhere. He's the ultimate party clown."

Stewart-Henriques alleges she has even taken the matter to the local authorities, but they have refused to act "because it's Bolt".

However, Jamaica's police commissioner, Dr. Carl Williams, insists: "Police are aware of these complaints and have done something about it. I cannot say exactly what has been done but it is possible that we have spoken to Mr. Bolt.

"As far as I am concerned, the matter has been dealt with."

Bolt has yet to comment on the noise accusations.