P. Diddy has been crowned the wealthiest artist in hip-hop, with a Fortune of $475 million, beating Jay-Z. 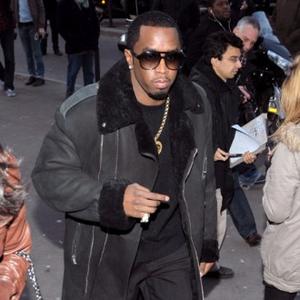 P. Diddy has been crowned the wealthiest artist in hip-hop, with a Fortune of $475 million.

The 'Hello Good Morning' rapper beat Jay-Z â who has an estimated wealth of $450 million - to claim the top spot in a list compiled by Forbes magazine.

The rapper and producer's wealth is fuelled by his Sean John clothing brand, Bad Boy Worldwide record label and his vodka brand Ciroc - a joint venture with drinks brand Diageo â which generates his largest profit.

Diddy â who has humble Roots - recently splashed out on his son, Justin, buying him a £250,000 limousine for becoming an Honours student, but insists none of his seven children are spoiled by wealth.

He said: "Justin has turned himself around so I wanted to treat him. Maybe he will use the car for special occasions like on a first date, but like all my kids, he prefers the simpler things than the expensive things. Simple tastes."

Although Diddy has the most accumulated wealth, Jay-Z was the highest earning hip-hop star of 2010, making some $63 million â more than double the $30 million taken by Diddy.

Jay-Z's accumulated wealth is from his 50 million album sales, tour revenue, 40/40 nightclub chain and a stake in the Basketball team New Jersey Nets.

Third on the list was producer Dr. Dre, with $125 million, although his net worth is expected to increase when he makes a comeback this year.

In joint fourth and fifth place are rapper and entrepreneur 50 Cent, and Bryan Birdman' Williams, the founder of hip-hop label Cash Money records, who are worth some $100 million each.