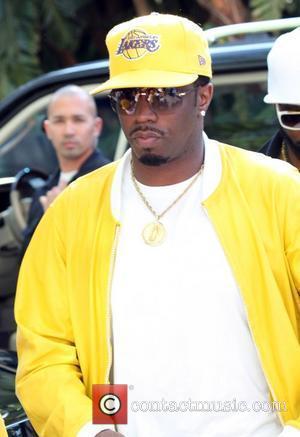 Picture: Sean Combs, aka P Diddy, arriving amongst the crowds of fans coming to watch the second finals match between Orlando Magic and the Los Angeles...

Sean Combs' former protege LOON has quit rap and converted to Islam, announcing his religious crusade on a leading Arabic news network.
The star, real name Chauncey Hawkins, released his self-titled 2003 album on Combs' Bad Boy Records, but he has since decided to turn his back on a career in hip-hop to focus on his faith.
He has abandoned his stage moniker, changed his name to Amir Junaid Muhadith, and now dons traditional Islamic dress.
And he's sealed his dedication to the religion by making the holy trip to Mecca in Saudi Arabia, using the opportunity to appear on the Middle East's only independent news channel, Al Jazeera, to tell fans of his lifestyle change.
He says during the broadcast, "Loon is working his way out of my system. (I'm) happy to be accepting Islam, and finding the peace of mind I was always searching for in the music business... Thanks to Islam I was able to complete my search and now I'm very much at peace. (My) Bad Boy days are over, I'm now what you call a good boy."
But the artist formerly known as Loon is refusing to rule out a return to the microphone in the future, adding: "Right now I'm focusing on studying Islam... But Allah knows best, maybe I will (return to rap)."
He's not the first star to turn his back on a music career to follow his faith - Cat Stevens became Yusuf Islam when he converted to Islam in the 1970s, Brian 'Head' Welch quit rockers Korn to become a born-again Christian and Loon's rap peers Mase and DMX have both stepped away from the limelight to preach.
All four have staged recent musical comebacks.