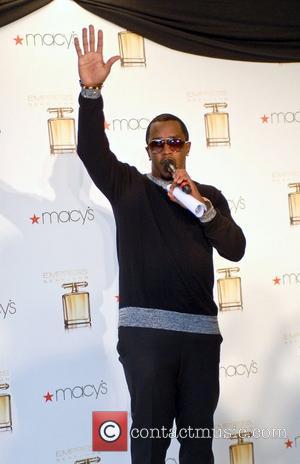 Picture: Diddy aka Sean Combs attends the launch of the new perfume Empress at Macy's in Lakewood Los Angeles, California - 15.09.11

Hip-hop mogul Sean Combs and Transformers director Michael Bay have been tipped to become the next entertainment billionaires by Forbes magazine editors.
The rap entrepreneur, who is said to be worth an estimated $500 million (£312.5 million), has built up a vast empire encompassing music, fashion and lifestyle products, while his stock in the Ciroc vodka brand has also helped to boost his fortune.
Meanwhile, Bay has been raking in the money from ownership stakes in his blockbuster Transformers franchise. The latest release in the action series, this summer's (11) Transformers: Dark of the Moon, has grossed $1.11 billion worldwide to become the fifth highest-grossing film of all time, and the filmmaker's net worth is predicted to be around $410 million (£256.25 million).
Interscope Records boss and producer Jimmy Iovine also makes the cut - his $400 million (£250 million) fortune means he, too, is fast on the way to becoming a billionaire, according to Forbes' The Future 400 list.