Diddy Was A Two-day Drug Dealer 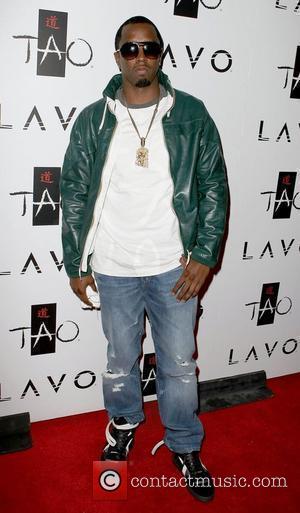 Rap mogul Sean Combs sold drugs for 48 hours until a police raid scared him off the idea of becoming a street hustler.
The All About The Benjamins hitmaker grew up in Harlem, New York surrounded by drug dealers who were making small fortunes illegally - and he toyed with the idea of becoming one of them.
In a candid new interview with Playboy magazine, the rapper reveals, "Some of my friends were selling drugs in the Maryland and (Washington) D.C. area. I remember them having all this jewellery and new BMWs. I was eating ramen noodles, stealing from the 7-Eleven to get some food.
"I thought, 'I need to get some money like y'all have.' So I go out on the block, the strip where they're selling drugs, and my man says, 'OK, I'm going to give you this. You wait there. They'll come up to you.'
"I'm out there five minutes when three cop cars pull up and officers jump out and start chasing me. I ran and got away.
"We reconvene in the same place two hours later. This time it's dark, and all of a sudden a van pulls up. Cops jump out and start chasing me again. There's a helicopter overhead with a light following me through the woods."
He escaped again and met up with his friends at a hide-out hours later, where he started reconsidering his plans to become a drug dealer: "I wanted to go home, but I didn't know how to punk out and tell them. The cops were outside, and we heard them coming up the stairs (but) they were responding to a couple having an argument below us... I turned unto a scared white Harvard (University) student. God was sending me signals.
"I told my friends, 'Thanks, y'all, but no thanks. This game is not for me.' I walked out that door, and I ain't been around nobody with no drugs. I don't want to see no drugs.
"I'm probably the shortest-duration drug dealer in history. That's why you never heard me talk about it in my rhymes."