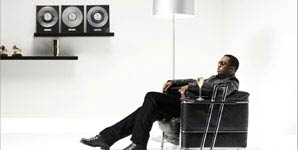 His latest albums list of guest appearances reads like a "who's who" of urban and pop music. Puffy has the clout; of that there is no doubt. The lead single was "Come To Me" featuring Nicole (PCD's) and this one features the barely known Christina Aguilera, now who said sarcasm is the lowest for of wit lol.

This track is fast, action packed with grooves in ya face, almost a James Bond styled hit because it is so action packed. This will be every bit as big as the first single, maybe even bigger, who knows. But just like the previous outing it has a huge pop edge to it. Puffy used to make urban music that was acceptable at a pop level, sadly those rolls have reversed.

This is a far cry from what Bad Boy was originally about remember tracks like Mase & Total "Tell Me What You Want From Me", Biggies amazing "One More Chance" and even Puffy's own monster "All About The Benjamin's" are all fine examples of real, full bloodied urban records that crossed to the masses.

Is it the case that you can't make music like that anymore and take it to the masses? Or is it case that everyone even Puffy is going all safe on us, surely not.