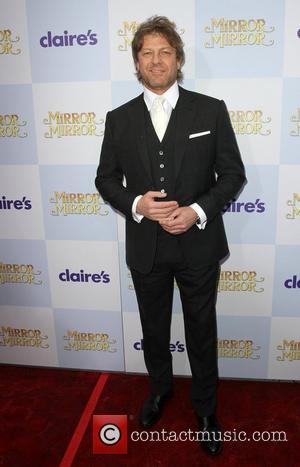 Actor Sean Bean was questioned by cops in London on Wednesday (09May12) over allegations he has been harassing his ex-wife, according to a U.K. report.
The Game of Thrones star attended Holborn police station for a pre-arranged interview over claims he sent abusive texts and calls to ­Georgina Sutcliffe, who he split from in 2010, reports Britain's Daily Mirror.
Bean had his fingerprints and Dna taken during his time at the station, and was later bailed as officials continue their investigation into the case.
A source tells the publication, "Georgina's a smashing girl and she just wants to get on with her life and move on after the divorce.
"There's been no suggestion of there being violence involved or threats but police take harassment ­allegations seriously."
A Scotland Yard spokesman adds, "I can confirm a man was arrested on suspicion of harassment yesterday and bailed until a later date."
Bean married Sutcliffe, his fourth wife, in 2008.