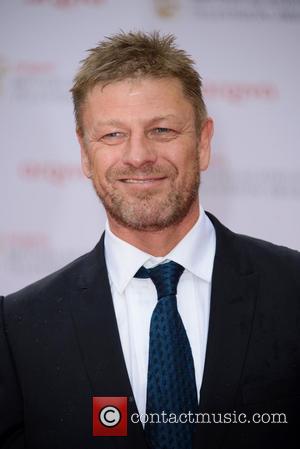 British actor Sean Bean has been honoured at the 41st International Emmy awards for his role in BBC drama 'Accused'.

Bean, who is from Sheffield, is best known for his roles in the huge blockbuster trilogy 'Lord of the Rings' and the highly successful HBO series 'Game of Thrones', portrayed a different kind of role in the anthology series.

The 54 year-old won the top prize of 'Best Actor' as he plays a transvestite English Literature teacher accused of murder called 'Simon' or 'Tracie'.

"I've never actually won anything," he said (via The Independent). "Thank you. I really am so happy."

The night didn't stop there for British & Irish actors as Chris O'Dowd collected the award for 'Best Comedy Series' on behalf of 'Moone Boy', a series that follows a young Irish boy with an imaginary friend.

"Even in the wildest imaginations of our imaginary friends we never imagined we'd win an International Emmy," said actor and co-creator O'Dowd.

British documentary 'Freddie Mercury: The Great Pretender', which engages with the fairly unknown frontman's solo prjects outside of Queen, won the documentary category but tied with South Korea's 'Hello?! Orchestra ', which depicts violist Richard Yongjae O'Neill teach an Orchestra of kids who come from multicultural families.

The awards, which took place at the Hilton in New York on Monday (Nov 25th), presented by the International Academy of Television Arts and Sciences, award successful television programming outside the US.

Bean plays a transvestite in the BBC series