Sean Bean has been barred from his local pub, The Washington, in Belsize Park, north London, after his behaviour spiralled out of control and he started bickering with the locals. 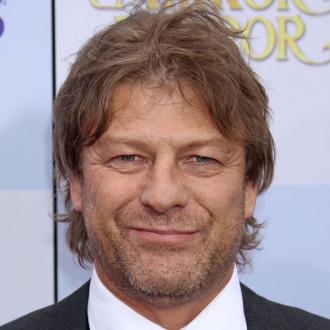 Sean Bean has been banned from his local pub.

The 'Game of Thrones' star - who is known to enjoy a pint or two - was barred from The Washington in Belsize Park, north London, after his boisterous behaviour spiralled out of control and he started bickering with the locals.

A source told The Sun newspaper: ''He'd come in from time to time and the locals would crowd around him. He'd drink throughout the evening and was known to have run-ins with drinkers. Then one night he was going over the top. He was acting inappropriately -- so he was barred.''

The 54-year-old actor's ban comes two years after he was stabbed outside a bar in nearby Camden, north London, when he found himself in the centre of a bitter tiff over glamour model, April Summers, but despite seeking medical attention, the star didn't go to hospital.

Last year, Sean was arrested for allegedly harassing his ex-wife, Georgina Sutcliffe - who he divorced in December 2010 after two years of marriage - after he reportedly made abusive calls and sent angry text messages to her.

In July 2009, Sean was briefly arrested after Georgina accused him of assault, before she asked police to drop the charges.

The actress later downplayed the incident saying: ''Everything is OK. Sean and I are at home together enjoying the sunshine.

''He was arrested. Everything was blown out of proportion. Sean is fine and I'm fine. There's no problem between us.''