The Wachowski's release 'Jupiter Ascending' following a long delay, yet does it live up to their reputation.

The Wachowskis aren't the most prolific filmmakers, which is perhaps why their movies feel like events. When Warner Brothers shifted the release of their new sci-fi adventure 'Jupiter Ascending' back six months from last summer to this weekend, everyone smelled a stinker. But then this is Lana and Andy Wachowski, who have never made a truly awful movie. Although some might argue that point. 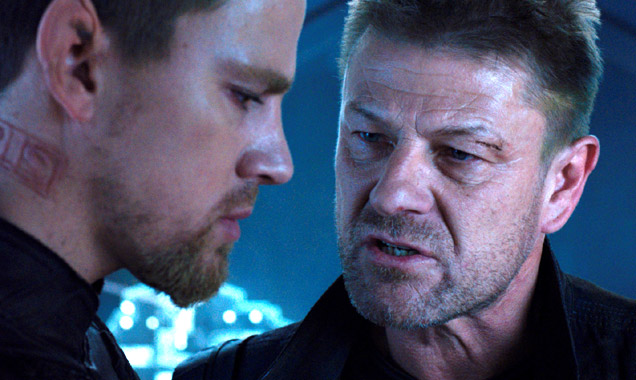 The siblings burst onto the scene in 1996 with 'Bound', an inventively moody thriller starring Jennifer Tilly and Gina Gershon as lovers who plot an elaborate heist. The film had great reviews, and has become a cult classic. Then three years later they released 'The Matrix', reinventing special effects with visually jaw-dropping gimmicks like bullet time. Although the plot itself wasn't terribly original, audiences flocked to see the film in record numbers, and also made hits of the less-beloved sequels 'The Matrix Reloaded' and 'The Matrix Revolutions', both released in 2003.

Their next move was an abrupt change of pace, as they adapted the cult hit Japanese anime series 'Speed Racer' (2008) into an astonishing visual swirl of a movie, mixing live-action with animation in ways no one had ever attempted. Audiences and critics didn't know what to make of it. And their follow-up was just as mind-boggling, adapting David Mitchell's "unfilmable" novel 'Cloud Atlas' (2012) into a crosscut-anthology epic with an A-list cast in multiple against-type roles. But its reputation has grown over the years.


And now 'Jupiter Ascending' lands in cinemas, immediately revealing why its release was shifted: it's a lively ensemble space thriller with sardonic humour and sexy characters, rather a lot like the summer's biggest hit 'Guardians of the Galaxy'. Reviews are decidedly mixed, and whether it finds its audience is still to be seen. But chances are good that in a few years people will still be having fun watching it.