Sean Bean The Lord Of The Rings 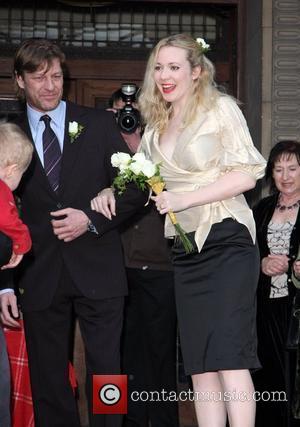 Picture: Sean Bean and Georgina Sutcliffe Married today at Westminster Register Office, Marylebone Road. The couple were originally due to marry in January but the ceremony...

British actor Sean Bean was forced to clamber up mountains on the set of The Lord Of The Rings - because he is petrified of flying. The 48-year-old, who played Boromir in the fantasy movie, refused to use helicopters with his co-stars on the New Zealand set of the hit movie franchise, choosing to walk everywhere instead. And Bean - who, ironically, is famed for his action roles - blames his parents for passing on the phobia, as they hated the thought of flying as well. He says, "My parents were afraid of flying and it rubbed of on me. I used to drive to all my film locations in Europe but I couldn't when it came to filming The Lord Of The Rings in New Zealand. "But I wouldn't get into a helicopter with the rest of the cast. They had to wait for me to walk up the mountain and join them before they could start filming."