By Elinor Cosgrave in Books / Authors on 03 September 2013

Seamus Heaney's last words were "don't be afraid" which he sent, via text message, to his wife. His son, Michael, spoke at Heaney's funeral in Dublin yesterday (2nd September).

Poet Seamus Heaney's son spoke at his father's funeral yesterday (2nd September), stating his father contacted his mother, Marie, only minutes before his death. The funeral Mass took place at the Church of the Sacred Heard in Donnybrook, Dublin. 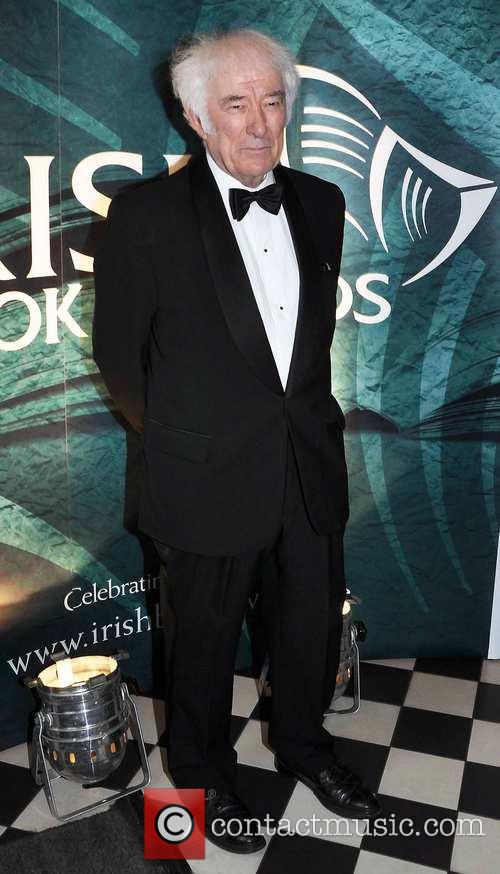 The Nobel Prize winning poet was just 74 when he passed away on Friday 30th August. He had fallen outside a restaurant the previous evening and was waiting for a medical procedure when he died at approximately 7.30am. He was evidently aware of what was to come as he sent a text to his wife, minutes before with "don't be afraid." His son Michael, speaking at the funeral (reported by the Irish Times), said "In his favourite Latin they were 'noli timere', don't be afraid." Michael continued to thank hospital staff and those who had offered "extraordinary tributes of the past few days."

Friends, family and Ireland's stars paid their respects to the Irish poet who died on Friday.

The Nobel Laureate Seamus Heaney has been laid to rest in his native Bellaghy, Co. Londonderry, at a large funeral where his life and successful career as a poet were celebrated. The 74 year-old died in a Dublin hospital on Friday after suffering a short illness. 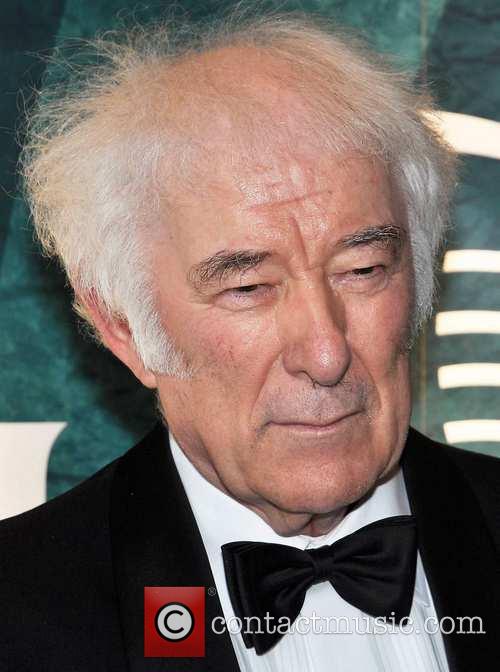 Amongst the mourners present at the ceremony were Northern Ireland's Deputy First Minister Martin McGuinness, , Irish Prime Minister Enda Kenny, Irish President Michael D Higgins, Sinn Féin President Gerry Adams and the SDLP's John Hume were the politicians who attended the burial whilst Irish rockers U2 were present along with Hollywood actor Stephen Rea, Paddy Moloney from the Chieftains, and singer-songwriter Paul Brady.

Often considered the greatest Irish poet since Yeats, the Noble Prize-winning writer died in his native Ireland earlier this week

Seamus Heaney was often considered to be the greatest living poets in the world, never mind the greatest from his native Ireland, for much of his adult life. His seamless manipulation of prose and his craftsmanship with the pen were second to none and with the news of his death comes a dark shadow over the ever-shrinking pool of great poets still alive today. Heaney's death was announced this Friday (30 August) a short while after he passed away in a Dublin hospital.

Born in Castledawson, Norther Ireland on April 13, 1939, Seamus Justin Heaney worked as a teacher before eventually entering the world of poetry, where he was soon noticed as a promising talent in the writing world. As his writing improved and his works became more and more frequent, he was soon recognised as one of the world's greatest living poets by the latter quarter of the 20th century, eventually winning the Nobel Prize for Literature in 1995.

We mourn the loss of one of our most esteemed poets; the man described as a "colossus of literature"

The Brilliant Heaney Will Be Greatly Missed.

The Co. Derry-born poet's distinctive writing style with quiet exaltations of the everyday and potent visual imagery employed through the descriptive passages of his verse helped foster a league of fans, as well as a Nobel Prize for literature, especially in his poignant reflection of Ireland's troubles. For generations of younger Britons, Nobel Laureate Heaney will have been one of the poets encountered through the GCSE English anthology who brought the themes in poems such as 'The Death of a Naturalist' to the attention of classroom discussions.

Seamus Heaney is a great loss to the literary world.

Seamus Heaney, an Irish literary giant who was awarded the Nobel Prize for Literature in 1995, has died aged 74, according to various reports.

Born near Toomebridge, Norther Ireland, Heaney worked as a teacher and then had a distinguished and effectively unparalleled career in poetry, living most of his literary life in Dublin.

He had suffered from ill heath in recent years and donated a collection of his literary papers to the National Library of Ireland  in 2011, including a vast collection of loose-leaf, typescript and manuscript worksheets and notebooks.