You've seen the topless pictures, but who is Scout Willis?

Bruce Willis and Demi Moore’s 22 year old daughter Scout has hit the headlines after launching a topless protest against Instagram after they shut down her account for ‘violating community guidelines.’ Thanks to the pictures posted to Willis’s twitter account, we’ve now seen quite a lot of Scout, but what do we actually know about Bruce and Demi’s second daughter? 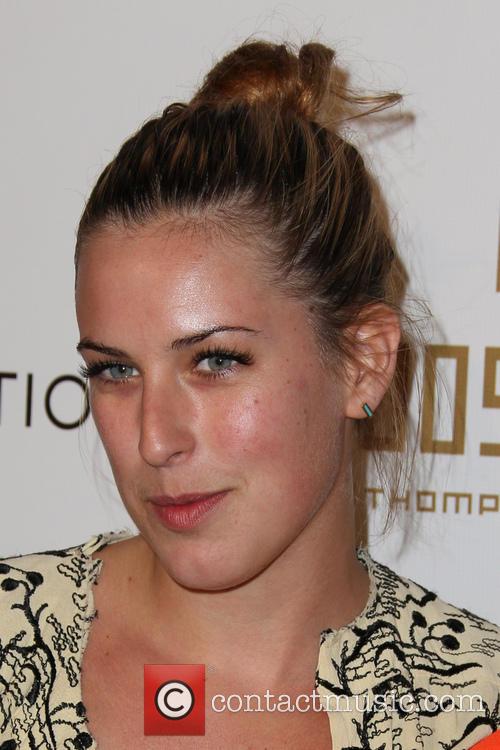 Scout Willis was born on July 20th 1991 to the Brad and Angelina of their day, Bruce Willis and Demi Moore. Back then tabloids didn't make up annoying nicknames for famous couples so sadly they were just Bruce and Demi, not Deuce. The couple had married in November 1987 after meeting at the premiere for Stakeout. Scout’s elder sister Rumer was born in 1986 and the youngest of the three girls Tallulah came along in February 1994.

Bruce and Demi were thought to have a pretty strong marriage until 2000 when they announced their divorce. No reason was given for the split and five years later Demi married Ashton Kutcher. Willis also moved on, wedding model Emma Herring in 2009 and having two daughters Mabel and Evelyn.

Scout’s first real introduction to the public came when she recorded a duet with then stepdad Ashton Kutcher in January 2011. The two and half minute song entitled ‘My Coffee’ was uploaded by the pair to YouTube and was described by Ashton as “a little song about a loved one.” Kutcher played acoustic guitar on the track while Scout sang lead vocals.

But by November of 2011, Moore and Kutcher had announced their separation after six years of marriage. Ashton was said to have been particularly close to Scout and her sisters and the break up of their mother’s marriage was said to have ‘devastated’ the three girls. Post break-up Demi reportedly struggled with addiction issues and found herself in rehab while speculation grew that Moore and her daughters relationship was becoming strained.

In June 2012 Scout was arrested in New York City for underage drinking and using a fake ID. Police were reported to have found Scout drinking a beer in Union Square and asked to see some identification. When Scout produced an ID with the name Katherine Kelly, officers questioned her further and she eventually admitted it wasn't hers. She was later charged with criminal impersonation and breaking the open container law which are both misdemeanours. The 20 year old was subsequently released without bail a day later, eventually she was sentenced to two days community service over the incident which she completed in 2012.

A year after her drinking misdemeanour Scout graduated from Brown University with a degree in Literary arts. Father Bruce his wife Emma and Scout’s sister Rumer all attended the ceremony, but mother Demi was no where to be seen. Since her graduation Scout has been focusing on a career as a singer.

Prior to her topless twitter protest, Scout left little to the imagination on the red carpet of the Nylon Young Hollywood party in early May. The aspiring singer went braless to the event under a sheer silk tank top. It didn't appear to be a wardrobe malfunction at the time and we can now safely assume it was just a precursor of things to come.

Aspiring singer, daughter of Hollywood royalty and of course a pretty fearless online protestor, we sure haven't heard the last of Scout Willis and we're guessing, neither has Instagram.