Scott Disick working hard to bond with his kids

Scott Disick is trying to spend as much time as possible with his three children, but pals believe he could still reunite with their mother, Kourtney Kardashian. 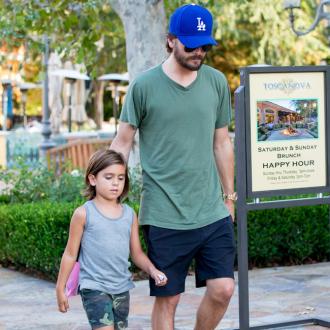 Scott Disick is spending as much time as possible with his three children.

The 32-year-old reality TV star, who was dumped by long-term girlfriend Kourtney Kardashian last month after he was photographed cosying up to an ex-girlfriend in the South of France, is ''working really hard'' to maintain his bond with their sons, Mason, five, and eight-month-old Reign, and daughter Penelope, three.

A source close to the 'Keeping Up with the Kardashians' star, who has spent three brief stints in rehab over the past year following the deaths of his parents, Bonnie and Jeffrey, within three months of each other in late 2013 and early 2014, said: ''Scott is working really hard to spend time with the kids.''

The former couple are ''both doing well,'' as they attempt to move forward separately, but another friend believes Kourtney, 36, and Scott could rekindle their nine-year relationship in the future.

The pal told PEOPLE.com: ''I still could see them getting back together.''

The duo's ''roller coaster relationship'' is set to play out on the upcoming series of their E! reality show.

A source recently said: ''Cameras have been following Scott around since the whole cheating fiasco went down. Most likely for 'Keeping Up With The Kardashians' since he's under contract as well, plus their roller coaster relationship is supposed to be a big theme on the show's upcoming season.''