The 33 year old reveals he's battling sex addiction in an intriguing trailer for season 13 of 'Keeping Up With the Kardashians', which returns this weekend.

Scott Disick has tearfully claimed that he’s a “sex addict” when caught red-handed with another woman by Kim Kardashian, in an explosive new trailer for the upcoming series of ‘Keeping Up With the Kardashians’.

The rollercoaster relationship between Disick and his ex-girlfriend Kourtney Kardashian, with whom he has appears to have taken another dramatic twist as he was forced to defend himself to Kim, who accused him of cheating on Kourtney, branding him a “f***ing whore”.

One part of the brief clip shows the 33 year old, who has children Mason (6), Penelope (4) and Reign (2) with Kourtney, cuddling up to her and saying she’s the “love of my life”. However, it then jumps to Kim confronting Scott, apparently having caught him cheating on Kourtney. 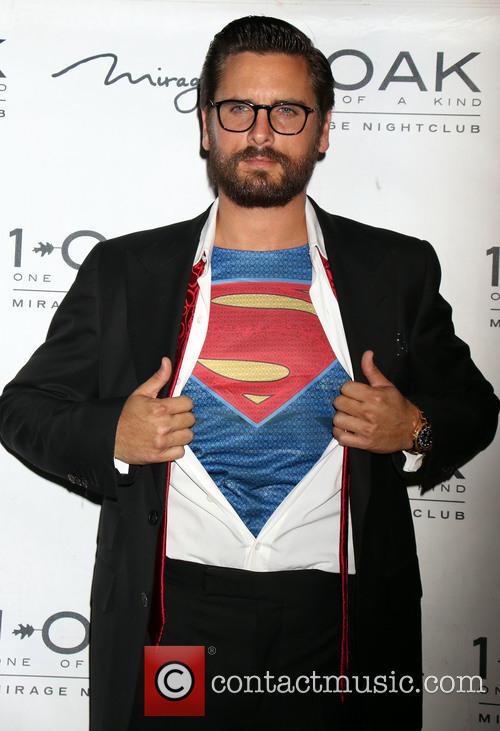 “Scott brought a girl up here. He’s a f***ing whore,” Kim shouts, to which Disick responds “I’m a sex addict.”

Later in the trailer, 37 year old Kourtney tells the camera that things will “never work out” between her and Scott, despite his attempts to repair things between them.

Kourtney dumped him in the summer of 2015 after a nine-year relationship, over his inability to kick his party lifestyle and settle down despite having children together. This led to stints in rehab, followed by Disick repeatedly trying to prove himself to her.

He joined Kourtney and their kids on a brief vacation to Costa Rica at the end of January this year, where it was reported that he proposed to her but that she shot him down.

However it works out, it’s sure to be explosively documented in season 13 of E!’s ‘Keeping Up With the Kardashians’, which returns to TV screens this weekend (March 12th).