Scott Disick ''feels free'' after splitting from Kourtney Kardashian and friends believe it would take ''a miracle'' for them to get back together. 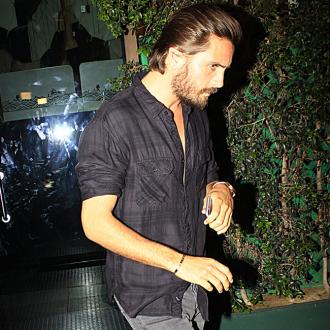 The 32-year-old star, who was dumped by the 'Keeping Up with the Kardashians' beauty after nine years together in July after he was spotted holidaying in the South of France with an ex-girlfriend, reportedly has no interest in rekindling their relationship.

A source close to the entrepreneur said: ''Unless there's a miracle, he's not getting back with Kourtney. He feels free and ready to have fun.''

Scott, who has three children, Mason, five, Penelope, three, and nine-month-old Reign with Kourtney, was recently photographed in Miami getting cosy with 18-year-old model Lindsay Vrckovnik, but isn't dating anyone seriously.

The insider told PEOPLE.com: ''Scott likes to party with young hot girls. It's nothing serious.

''He's no longer tied down. [He] feels free to do whatever he pleases, and that's exciting.''

A source close to Kourtney, 36, recently insisted she wasn't fazed by his new romance, adding: ''She's moving on. She knows it's just a fling.

''She's trying hard to ignore it and just focus on the kids. She knows they'll never get back together.''

But her mother Kris Jenner previously predicted the former couple would eventually work things out.

She said: ''My wish is that, you know, they work it out and figure it out and we'll see what happens. He's a great dad and he loves the kids and he loves Kourtney... I love him.''