Review of Self Therapy Album by SCNTST

It's hard to think of techno as something of a musical old lady but, with roots in mid-eighties Detroit and precedents as far back as early Kraftwerk, it's certainly a genre which once in a while, like Frankenstein, needs a jolt of energy and fresh ideas. 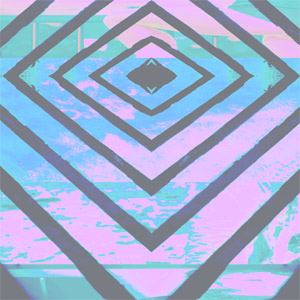 Cue 2013 then, and a healthy dose of both, not just with Daniel Avery's (almost) peerless début 'Drone Logic' because just as we'd all finished getting our heads around that, along comes Bryan "SCNTST" Muller to blow off the socks we'd only just put back on after a first album as spectacularly panoramic as his British counterpart.

Muller is regarded as something of a prodigy by those who've been on his trail since first emerging a couple of years ago, and it's notable that both he and Avery have arrived at the tops of their respective games from circuitous routes. For the German, this involved playing drums in his father's band whilst moonlighting on his own material and for Avery, it was DJing indie rock sets in his hometown - that acknowledged Mecca of hardcore, Bournemouth.

Neither has paid anything remotely like their dues then but it's no longer a careerist world, and 'Self Therapy' is clearly the work of a mind that knows both itself and the chosen subject matter with a high degree of intuition. Equally impressive is the way in which Muller balances the music's two most obvious orientations - club and alone in headphones - by refusing to over engineer either. Opener 'Velour' is one of half a dozen examples of this trickery; fading in gently, its rippling patterns and head-nodding rhythm both familiar but thrilling at the same. Purist fan boys and girls who don't regard this stuff as authentic unless it smells of sweat and strobes also get their tummies tickled on 'Percee Scan', a brain-scrambling mix of shishing hi-hats and acid riffs a go-go, whilst 'Park By Night' offers the same kind of ticket to Lose-it-ville.

So much for the intense stuff then, but those of a less fundamentalist nature get thrills up to the gills as well. In various modes and moments there are little delights all over the place here, strewn about like cast-offs from a mad genius. In one cranny we have the tropical house of 'Loqui', complete with software steel drums, or take a different stroll and the lilting, reggae meter of 'Waves Change' brims with sounds like palm tree breezes.

You might say that it's far from uncommon these days for an artist to traverse numerous different styles, sometimes in the same track. However, the key to 'Self Therapy' isn't necessarily its brimming diversity - although that helps - but its persistent excellence, a quality that makes it hard to take off. Right up until a closing salvo which consists of the floor mangling trance of 'King of Beets', the ultra classy breaks of 'Mintra' and the title track's jazzy ambience, the listener feels compelled to keep putting off whatever their next thing is to get just one more note, totally satisfied by a record that has not one bar of filler. Here's to 2013 then, when a middle aged lady got a superlative facelift from two boys she hardly knew.