The Scissor Sisters are set to perform at a musical curtain-raiser to the London 2012 Olympics on one of six stages set up at historic sites along London's River Thames. 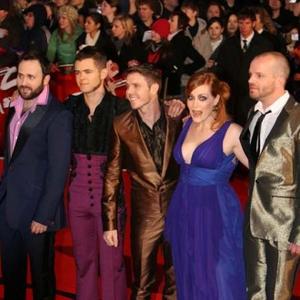 The Scissor Sisters are set to perform a special concert to launch the 2012 Olympic Games.

The 'Fire with Fire' group will take to one of the six stages which are due to be set up at historic sites along London's River Thames on July 21 and 22, the weekend before The Games begin, for the BT River of Music extravaganza.

Over 500,000 fans are expected to flock to the free shows, which will see each competing continent given a stage to showcase some of their artists.

Senegalese signer Baaba Maal and US jazz artist Wynton Marsalis have also signed up for the event, which will see European acts perform at stages in Trafalgar Square and at Somerset House.

American stars will take to stages at the Tower Of London, with Oceania represented at Greenwich Old Royal Naval College, Asian music in Battersea Park and African sounds in Jubilee Gardens.

Ruth Mackenzie, the Cultural Olympiad and London 2012 Festival director, said: "Of all the ideas we have had, it is probably one of the most ambitious.

"I hope that it is one that other Olympic host cities will pinch.

"This is a project of incredible scale. It is a chance for artists to share and collaborate, get beyond the playlist and enjoy a bit of Olympic magic."