Review of I Don't Feel Like Dancin Single by Scissor Sisters 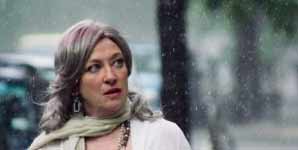 In supermarket CD aisles across the country, the Scissor Sisters are poised to make themselves an even more formidable force. Sure I loved 'Take Your Mama'. I love the title of their new album 'Ta-Dah'. How clever? I don't love the Scissor Sisters, I don't own their album but they are an act where to pick up on them just requires a casual foray into popular culture or a passing awareness to the radio in the past two years. And as if to say 'Ta-Dah' to us all, the lead single off their hotly anticipated second album has arrived.

Surely it is strange that 'I Don't Feel Like Dancin' could hardly make you want to dance more. I've missed the 'don't' in that line many times simply because the lyric totally contradicts the music's optimistic surge. There is a generous nod to the BeeGees in this, but there's nothing stopping this single becoming a floor-filling wedding classic. The song's production is fresh and in Jake Shears' ubiquitous voice, 'I Don't Feel Like Dancin' is gloriously brought to life with colour, confidence and a glittery sparkle that is sophisticated rather than cheap. It's Bowie over Boy George with regard to style.