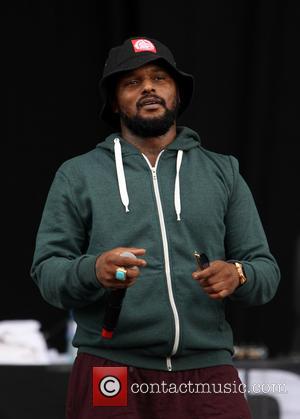 Rapper Schoolboy Q is refusing to give up his penchant for potentially fatal cough medicine concoction "syrup", despite confessing the mixture once left him incapacitated and curled up in pain before a gig in Texas.

The hip-hop star admits he used to rely heavily on the popular soda and codeine mix to get him through the day, but he knew his addiction had become a problem when he suffered severe stomach pains while attending Austin's South by Southwest music and film festival.

He tells New York radio DJ Angie Martinez, "It just gives you so much stomach pain. Like it's crazy...

"Man, I'll never forget the time we was at South By Southwest and I had to do all these shows and I could not move... I was on the couch just curled up until I had to do the show. You know what I mean? Hours of your stomach just feeling like it's tight, like you working out (sic)."

The Los Angeles rapper, who also battled an addiction to prescription drugs, quit drinking syrup for a while after the incident, but admits he couldn't stay away from it for long and now uses it occasionally to numb his senses.

He adds: "I still sip lean (aka syrup) from time to time now though. I stopped and then I kinda like relapsed, but not like how I used to do."