Hertfordshire rock quintet Scholars are scheduled to release their new single 'Blinda Date' on September 24th 2012 ahead of the February 2013 release of their debut album.

The counterpart video has been directed Carl Shanahan and features the band performing on stage at a girls school. While they play, the assembly of females watching make their dislike obvious and they start to pass a note around reading 'Animal Room' with a hangman doodle next to it. The band members are shocked when they are attacked on stage and the singer is dragged away and attacked by some hockey stick wielding teenage girls. The other band members attempt an escape but are promptly ambushed by an army of more angry girls. The story of the video suits the song well, with the lyrics being about never being able to find the perfect woman when you have such high expectations and therefore, never being wanted by anyone. 'Blinda Data is me poking fun at myself for being so shallow and ego-centric', says vocalist Sam Nicholls.

Band members Nicholls, bassist Chris Aylett, drummer Mike Frost, guitarist Cal Owen and keyboardist Tom Woodstock found filming the music video a 'surreal experience' with Aylett revealing that he doesn't think they 'quite recovered, physically or psychologically'. Scholars are set for a string of headline shows this month kicking off at the Southsea Festival on the 15th. 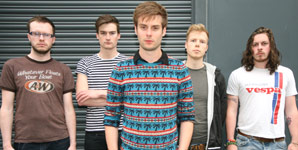 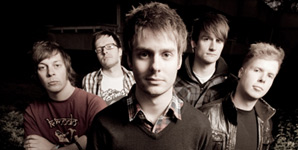