Review of Scars On Broadway self-titled album released through Interscope. With System Of A Down currently on downtime, its members are trying their hands at various side projects. Serj Tankian released his solo debut album toward the end of 2007 and now it is the turn of Daron Malakian and John Dulmayan. In this guise they've already opened for Metallica and performed at the Coachella festival.

Fans of SOAD will be glad to hear that Scars On Broadway very much pick up where they left off, though not as heavy and more mainstream, as exemplified by the excellent single "They Say" which features some great guitar playing. Very much politically charged, tracks like "World Long Gone" and "Kill Each Other/Live Forever" are the as good as Armageddon has sounded since Muse last released material and speaking of the Devonshire trio, "Universe" is an ambitious standout moment of grand proportions.

Showing an appreciation for diversity, "Babylon" and "Enemy" take a dance direction, the latter a particular success with disco grooves and infectious riff. "Chemicals" displays an ability to have fun, a madcap burst of energy and x-rated chorus making for a song which would make your parents blush.while tapping their feet along to it. It all forms part of what is one of the most impressive alternative rock records released this year and should be checked out by those who like their guitar music loud and packed with adrenaline. 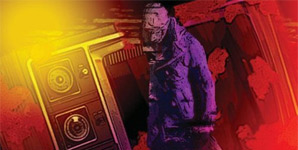