Hollywood superstar Scarlett Johansson is set to star in 'Captain America: Civil War', according to directors Joe and Anthony Russo. 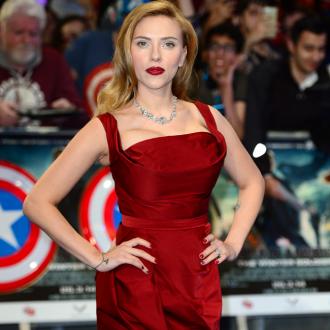 Looking ahead to the eagerly-awaited new film, the directors Joe and Anthony Russo confirmed the return of Johansson's on-screen character Black Widow, as well as Sebastian Stan's Winter Soldier for the third film in the Marvel series.

Anthony told Sina.com: ''We've been preparing for the movie since the one debuted last year. So, we've been working on it for a long time now.

''We're very happy how it's coming along... It's going to star Chris Evans as Captain America, Scarlett Johansson will be back, Winter Soldier [Stan] will be back, and Robert Downey Jr as Iron Man will also be joining us in the next film.''

What's more, it's been suggested Chadwick Boseman will make his first appearance as Black Panther in new film, which is based on the Marvel Comics event Civil War that saw Iron Man and Captain America go to war over the proposed enforced registration of superheros.

Downey Jr said Gwyneth Paltrow's character Pepper Potts has been key to the success of the franchise, but feels Black Widow is most suited to a standalone movie.

He remarked: ''There's something about her that grounded the story. She's not your typical lady in a superhero movie, and then by 'Iron Man 3' she's swallowing serums and putting on suits and kicking [butt] and all that stuff.

''But it would be kind of more appropriate for a character that already was like a Black Widow [to lead a movie]. It just seems like whatever Scarlett does, people want to go see it.''