Scarlett Johansson is getting married next month, she was overheard telling fellow guests at a dinner thrown by Martha Stewart at the weekend. 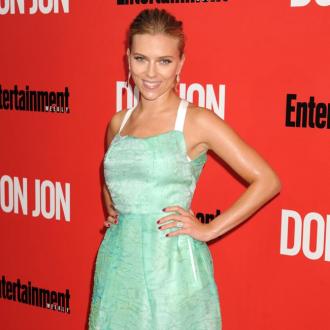 Scarlett Johansson is getting married next month.

The 29-year-old actress was overheard telling fellow guests at a dinner thrown by Martha Stewart at her East Hampton estate on Saturday (19.07.14) that she and French journalist Romain Dauriac - with who she is expecting her first child - will tie the knot in four weeks, the New York Post newspaper reports.

The wedding venue is being kept secret, but it is expected the 'Lucy' star will either marry in her fiance's native Paris, or in the Hamptons, where they have been spending most of the summer.

Scarlett and Romain were joined at the dinner - which marked the launch of $400-a-bottle Dom Pérignon's P2-1998 champagne - by the likes of Howard Stern and his wife Beth Ostrosky, Katie Couric, Matt Lauer, Barbara Walters, Rachel Zoe and Harvey Weinstein.

The 'Captain America: The Winter Soldier' star has admitted she would probably ''wing it'' on her big day.

She said previously: ''I don't plan anything. I'm terrible at planning. Yeah, I'm not gonna plan anything - I like to wing it!''

Scarlett - who was married to Ryan Reynolds from 2008 until 2011 - previously admitted she finds it ''easier'' to date someone not in the public eye.

She said: `''It is [easier to be with someone who isn't famous], but it's more than that. We do different things. He's [Romain] in the whole art-scene world. So it's nice, because we can enjoy each other's worlds, but we don't have our crazy conflicting schedules and all that other stuff to contend with.''