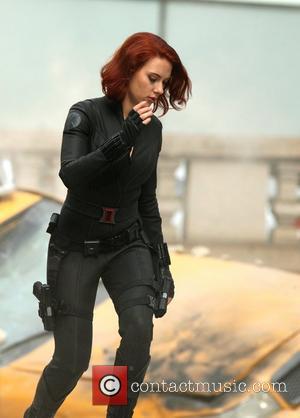 Picture: Scarlett Johansson on the film set of 'The Avengers', shooting on location in Manhattan New York City, USA - 03.09.11

Scarlett Johansson had seemed in relaxed mood when talking to Vanity Fair recently about the recently leaked naked photos of herself, telling the magazine they'd been meant for her then-husband, actor Ryan Reynolds. Whilst Johansson was in brighter spirits about the scandal though, the man accused of leaking the pictures was feeling rather more uncomfortable after learning that he could be facing a mighty 121 years in prison.
Bbc reports that Christopher Chaney pleaded not guilty to the 26 charges that he faces, including unauthorised access to a computer and wiretapping. The maximum sentence may seem harsh until you consider that Johansson is just one of 50 alleged victims, including fellow actress Mila Kunis. 35 year-old Chaney was arrested as part of an investigation called 'Operation Hackerazzi' which has gone on for as long as a year. The prosecution had asked off Chaney to be remanded in custody, something which the judge turned down. However, the hacker did have to pay a bail of some $110,000, he will also be fitted with an electronic tag.
Johansson had told Vanity Fair of the photos, "I know my best angles," before admitting that the photos were taken three years ago for Reynolds, insisting that "There's nothing wrong with that. It's not like I was shooting a porno," she protested, adding "although there's nothing wrong with that either."