Scarlett Johansson enjoyed wearing her skin-tight superhero suit so much for her role as Black Widow in 'Iron Man 2' she wanted to keep it when filming wrapped. 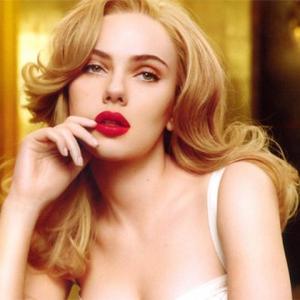 The actress - who plays undercover spy Natasha Romanoff, also known as Black Widow, in the comic book sequel - had to work out hard to fit into the sexy costume but got so much pleasure from wearing it she didn't ever want to take it off.

Scarlett - who is married to Ryan Reynolds - said: "One of the biggest motivators was when I first saw the Lycra catsuit. I was like, 'If I gotta get into that thing, I better start now.' The challenge was to get in the suit and believe it.

"I wish I could have kept it afterwards but unfortunately it's the property of Marvel so, after I took it off for the final time, I said, 'Ta-ta for now. I love you! Hopefully I'll see you in the future!' "

The 25-year-old beauty took on a complex exercise regime and diet plan in order to squeeze into the skin-tight outfit but admitted it had been an "empowering experience".

She told The Independent newspaper: "I did a lot of weight training, mixed martial arts and hand-to-hand combat. When you're working out that much you also have to feed your new body, so you eat in a different way, very clean, lots of omelette, turkey, stuff like that... It's been an empowering experience which made me feel much stronger than I've ever felt before just because I built up so much strength."

Scarlett - who has previously spoken out against the pressure on actresses to be super skinny - would never want to lose too much weight because she loves having sexy curves.

She added: "I don't need to be skinny to be sexy. You're never going to see me losing a whole bunch of weight. I'm not anxious to starve myself. For me, it's not at all sexy to be ultra-thin."