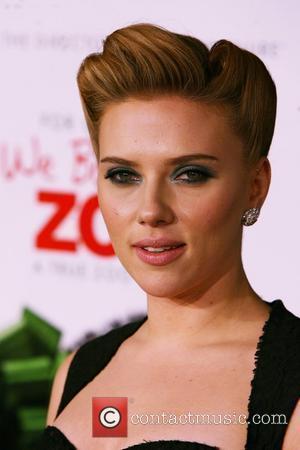 Scarlett Johansson looks to be moving on from her failed relationship with Oscar-winner Sean Penn, but her prospective new boyfriend isn't an A-lister, or even a B-lister. Instead, Scarlett is believed to be dating the little known 27 year-old guitarist Dan White, of London indie group Tribes.
Johansson hit the headlines earlier this year when a computer hacker managed to compromise her cell phone and download naked pictures of the star, said to be intended for her then-husband Ryan Reynolds. The pair were regarded as one of the most high-profile couples in Hollywood, until their divorce earlier this year. After since being linked to a string of men, the UK's Daily Mirror suggest rocker White is Scarlett's new man, with the musician reportedly "proper happy about It". An insider continued, "They met in London recently. Scarlett was shooting the film Under The Skin in the UK and they were introduced at a club night in town.they got on like a house on fire and Scarlett was into his band's music. There was an instant connection. They've been seeing each other for a good few weeks.He already thinks the world of Scarlett".
Johansson is no stranger to the indie-rock world - as evidenced by her 2008 album 'Anywhere I Lay My Head' which featured David Bowie and Dave Sitek of TV On The Radio fame.