Actress Scarlett Johansson has returned to working on her singing career, collaborating with Lulu Gainsbourg on a cover of French music legend Serge Gainsbourg's 'Bonnie & Clyde'. 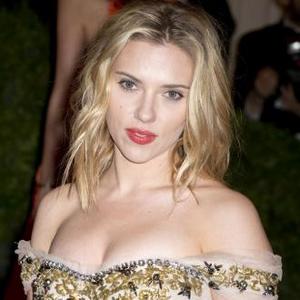 Scarlett Johansson has returned to working on her singing career.

The actress has collaborated with Lulu Gainsbourg on a cover of French music legend Serge Gainsbourg's 'Bonnie & Clyde'.

The track comes from Lulu's tribute album to his father, 'From Gainsbourg to Lulu', which is a collection of songs handpicked by Lulu that ''he knew would best pay homage to his father's work.''

Lulu selected all of the artists he wanted to collaborate with on the album and Scarlett is just one of many famous names like Johnny Depp and Vanessa Paradis, a duet that took place before their split.

The LP also features the vocals of Rufus Wainwright and Iggy Pop.

In 2009, Scarlett covered Jeff Buckley's 'Last Goodbye' for the soundtrack of 'He's Just Not That Into You'.

Also that year, she and singer/songwriter Pete Yorn recorded a collaborative album, 'Break Up', inspired by Serge Gainsbourg's duets with Brigitte Bardot.

The 27-year-old actress is the first artist on the album, singing 'Bullet'.

In 2011, 'The Avengers' star sang 'One Whole Hour' for the soundtrack of the documentary film 'Wretches & Jabberers'.