Scarlett Johansson Claims Avengers Role Is Not Sexy, Despite Catsuit

Scarlett Johansson does not think her 'Avengers' alter-ego Black Widow is ''sexy''. 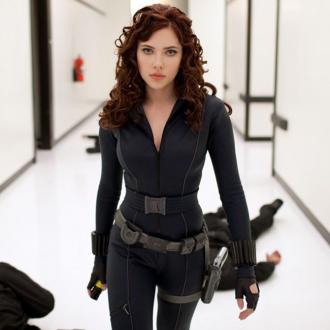 Scarlett Johansson claims her character in 'Avengers Assemble' is not sexy.

The 27-year-old actress dons a catsuit to the play the role of Black Widow in the action adventure film, but does not believe that makes her one dimensional because she does not ''rely'' on her sexuality.

She said: ''A lot of the time these superheroine characters are relying on their sexuality and being posy and sexy as opposed to being a badass.

''Those characters are so silly and I don't have anything to contribute to that. But my character, Black Widow, has this dark past, so why not celebrate that?''

Scarlett - who stars alongside Robert Downey Jr., Mark Ruffalo and Chris Hemsworth in the movie - understands the costume has got a lot of attention and enjoyed getting into shape for it.

She added: ''Everybody's crazy about this costume. As an actress you're always training to either lose weight, put weight on or change your body. But since I wasn't an athlete growing up I was never aware of hat I could be capable of. It's kind of fun to discover that.''