Scarlett Johansson has revealed she likes to go on holiday to Disneyland because her fans don't bother her there. 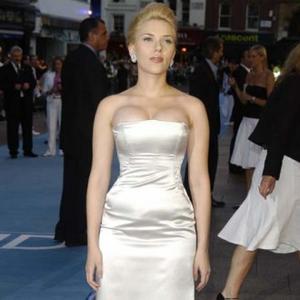 Scarlett Johansson says her favourite place to go is Disneyland - because no one bothers her there.

The actress is choosy about where she goes on holiday with her actor husband Ryan Reynolds because of the attention they attract, but claims people enjoy the world famous theme park so much they don't notice her.

She said: "There are certain places I won't go, because I don't want to end up photographed in a bikini. But I go to Disneyland. At Disneyland, you are not the main attraction - that's the best part."

Scarlett - who plays Russian spy Black Widow in the superhero sequel - accepts her fame is growing everyday but she is getting used to it.

However, one thing she is no longer surprised by is seeing advertising billboards of herself.

She added to the Daily Record newspaper: "If I am part of a campaign I look at the picture and say, 'Oh, I look good in that.' Or, 'That's a nice photograph.' It's no big deal.