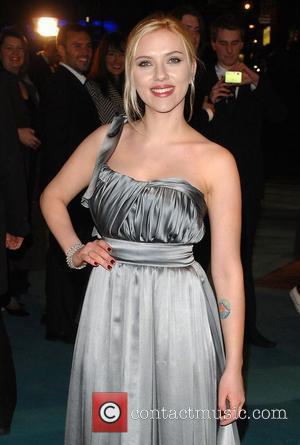 Actress Scarlett Johansson has enlisted the help of some fellow celebrities for her new album of Tom Waits covers.

DAVID BOWIE will make a guest appearance on two of the upcoming ANYWHERE I LAY MY HEAD's tracks  FALLING DOWN and FANNIN STREET.

According to a report in Billboard magazine, the Hollywood starlet met Bowie at a party shortly before she began recording and asked him to contribute.

The album, which also features the hits FAWN and I DON'T WANT TO GROW UP as well as an original tune, entitled SONG FOR JO.

Scarlett, who opted to cover songs by Waits because "his melodies are so beautiful and his voice is so distinct", has stated that the man himself has given her album his seal of approval.

"I sent him some of the early, early recordings, and he said, 'Go ahead,"' she told a press conference in New York earlier this week. "I've heard he's very pleased."

The album will be released in May.

Meanwhile, the star of upcoming movie THE OTHER BOLEYN GIRL has denied rumours that she engaged to her current beau Ryan Reynolds.

Speculation that the pair are to be married abounded after Scarlett was spotted looking at wedding dresses in Los Angeles.

A spokesperson for the actress told Usmagazine.com: "A family member is getting married, not her. She is not engaged."