Ridiculous, over-the-top, but fully committed - that's the essence of SNL right there.

Saturday Night Live celebrated its 40th anniversary this past week. Congratulations! The verdict? It was good enough. Like many other SNL episodes, this one was a 50/50 deal - some of the jokes fell flat, while others got just a passing laugh. There were zingers, but we probably won't be recycling jokes Christopher Walken's "only perscription is more cowbell" in a couple of years. 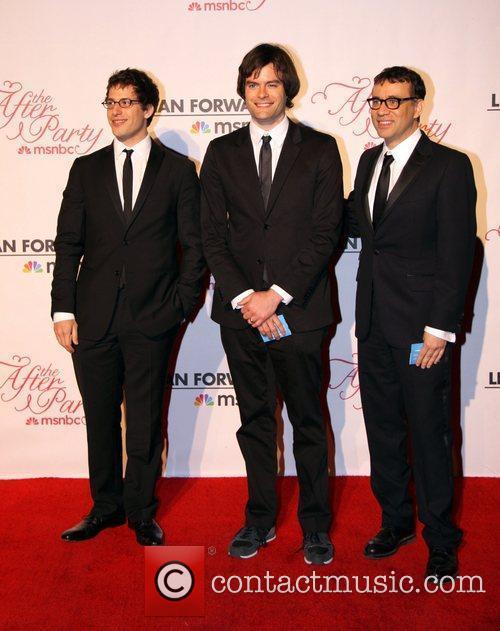 Though re-visiting old sketches and characters was a welcome bit of nostalgia, of course.  Tina Fey's Sarah Palin, holding a flute and wondering when the talent portion of the show would begin was a highlight. In the end, more often than not, the show was funny.

The roster of guest stars were also pretty amazing. Where else, other than the SNL anniversary, would you get to see Bradley Cooper making out with Betty White? This is what SNL is all about - maybe it's not always hilarious, but you can count on the show to be weird, over-the-top and give you second hand awkwardness on a weekly basis. A three-hour special, however... Kudos to the hardcore fans, who actually managed to sit through this one. Personally, I'll tune back in when they're back down to just one.