The funny-man will be hosting Late Show come winter 2014

The merry-go-round is slowly starting to creak into motion. Jay Leno is deemed too old and not hip enough for the Tonight Show, so Jimmy Fallon gets the nod. Seth Meyers gets upgraded from Saturday Night Live head writer and news presenter to Late Show host.

Meyers, 39, will be the fourth comedian to host Late Night since it went on the air in 1982. It started way back when with David Letterman, followed by Conan O'Brien and Fallon. "Seth couldn't be in better company," SNL executive producer Lorne Michaels said. "We think Seth is one of the brightest, most insightful comedy writers and performers of his generation," NBC Entertainment Chairman Bob Greenblatt said in the official announcement. In an interview before taking the stage on Saturday’s edition of Saturday Night Live, Meyers said: “Working at ‘SNL’ requires 100 percent of your mental capacity — on easy weeks. And so I had not really spent a lot of time thinking about what I was going to do next. Obviously I can’t quit Lorne. So this seems like a pretty good deal that I have an opportunity to keep working with him.”

Michaels added: “The thing that’s staggering to me is that since 1982 there have been only three hosts, and Seth will be the fourth. And when you look at the company, it’s all pretty good company.” Both hosts are expected to fill their new boots next year in February, around the same time NBC begins its coverage of the winter Olympics in Russia. 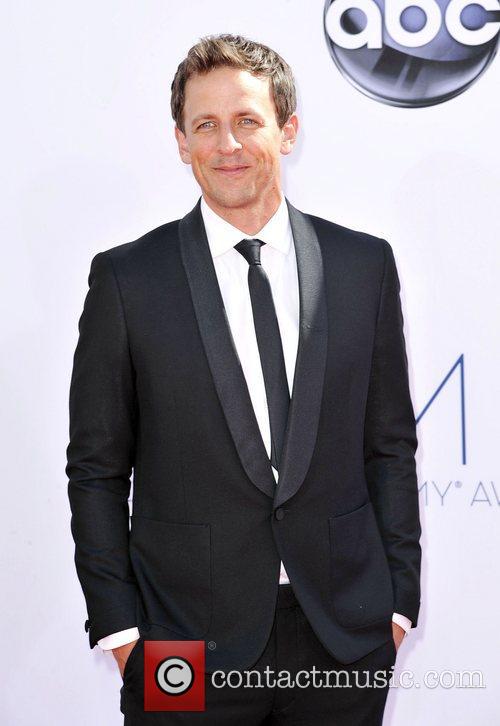 Seth Meyers' star has risen over the years