Alec Baldwin has us in stitches yet again.

Following Donald Trump's first full press conference as President-Elect, where he discussed everything from the divestment of his businesses to his sons, to allegations that he had a Russian prostitute 'pee party', 'Saturday Night Live' have recreated a few highlights with Alec Baldwin in his starring role. 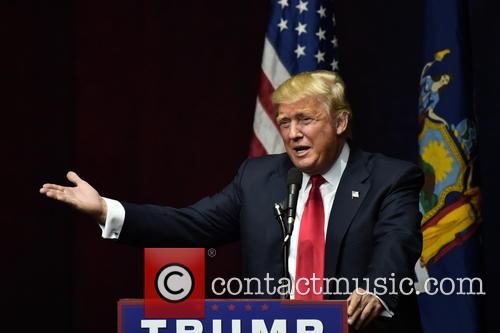 They made fun of the fact that few major stars were going to be in attendance at the inauguration. 'We've got some huge A-list actors coming like Angelina Jolie, Ryan Gosling and Jennifer Lawrence', quipped Baldwin aka Trump. 'They will all be at my inauguration courtesy of Madam Tussauds.'

Of course, the main joke of the skit was in mocking his denial of the 'Russian pee-pee party' with a string of double entendres. 'I do not want to talk about the pee-pee. I want to talk about what's really important which is jobs', he said. 'I am going to bring back a thick stream of jobs back into this country. The biggest, strongest, steadiest stream you've ever seen. This country will be literally showered with jobs because I am a major whiz at jobs. This will be a golden opportunity for me as president to make a big splash. Who's with me? I know you're in, how about you? You're in? You're in? Urine? Urine?'

In response to the suggestion that repealing the Affordable Care Act meant millions of people could die was the one-liner: 'Listen sweetie, I'm about to be president, we're all going to die.' Plus, how could they write a sketch on Donald Trump's first presidential press conference without mentioning his refusal to talk to certain left-wing journalists? Namely, current affairs website popular for its quizzes, Buzzfeed.

'Not you Buzzfeed. You're a failing pile of garbage, and you wanna know why? I took your quiz yesterday, and I'll tell you right now, I am not a Joey I am a Rachel', said Baldwin as Trump.

Despite the fact that 'SNL' is over-rated and just terrible in Trump's eyes, he still found time to watch it and re-affirm his opinion. 'NBC News is bad but Saturday Night Live is the worst of NBC', he wrote on Twitter in response to the episode. 'Not funny, cast is terrible, always a complete hit job. Really bad television!'