Putin - aka Beck Bennett - says everything is going to be okay.

'Saturday Night Live' took the opportunity to tear into new president Donald Trump following his official inauguration last week. It wasn't Alec Baldwin doing an impression of the politician that marked the highlight of the show this time, however, but Beck Bennett as Russian President Vladimir Putin. 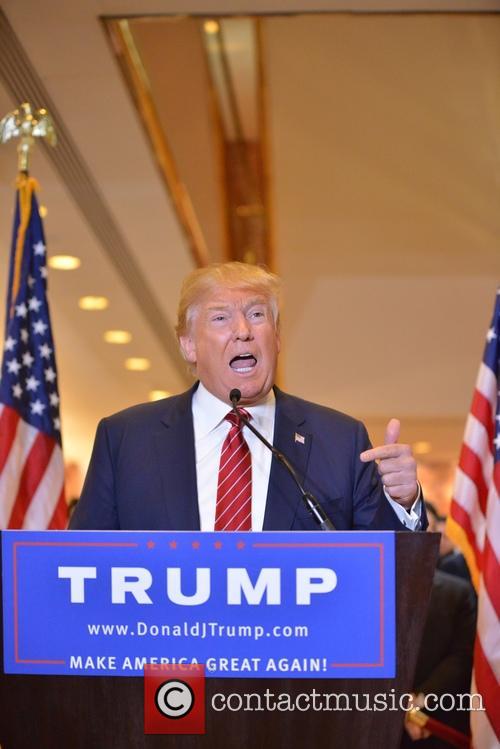 Donald Trump called out on 'SNL'

The comedian played a sexy, topless Putin trying to assure Americans that everything was going to be fine under Trump's leadership especially as he had now 'bought' America. He addressed Donald Trump as a 'friend', ribbing him about the inauguration and mocking his vastly over-exaggerated claim that over 1 million people showed up to the event.

'If you're going to lie don't make it so obvious', he said. 'Say you are friends with LeBron James not that you ARE LeBron James.' He also spoke about the Women's March which happened the following day, joking that women don't need to protest in Russia and introducing Olya Povlatsky (Kate McKinnon).

'I'm glad to see so many people showed up to your inauguration', he added, as an image of a large crowd popped up on the screen. 'Oh wait, that's the Women's March. Here is inauguration.' We see the much more sparsely attended inauguration venue in Washington DC.

Plus, this week it was 'Master Of None' star Aziz Ansari's turn to host 'SNL', and he predictably filled his opening monologue with quips about the new president. 'If you think about it, he's basically the Chris Brown of politics and 'Make America Great Again' is his 'These Hoes Ain't Loyal', he joked.