'And Just Like That...' star Sarita Choudhury thought not liking heels would rule her out of starring in the 'Sex and the City' revival. 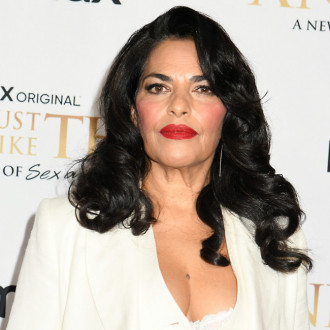 Sarita Choudhury initially didn't think she'd ever star in 'And Just Like That...' because she isn't a "high-heel girl".

The 55-year-old actress plays Sarah Jessica Parker's alter ego Carrie Bradshaw’s real estate agent Seema on the 'Sex and the City' spin-off series, and she thought producers had the "wrong girl" when she got the call to audition for the part.

She told WWD: “I’m not a high-heel girl. I heard about it from other friends, other actors who were just talking about it. And I was just like, ‘Oh, that’s interesting.’ But I would never in a second think about me, myself. And so when I got the call, it was a straight-up audition, but for producers. And I was like, ‘What?’ And I see the script and I saw the character and I’d never played a character like her. So again, I was like, ‘They may have the wrong girl.’”

However, as soon as she slipped into a pair of heels and puffed on a cigarette, it was like the "unsureness" never existed.

She said: “What was interesting is even if I felt unsure, the minute I spoke her lines and wore the high heels, and smoked that cigarette, the unsureness was never there. It was just before and after. Now it’s out and I can see how it builds and everything, but when you’re doing it, you’re doing it without knowing.”

The ‘Mississippi Masala’ star attributes her time on the reboot with helping her to step “outside of her comfort zone” on screen.

She added: “In theatre, I’m always used to playing someone outside my comfort zone, but I’d never, in a way, been offered that in film or TV. I’ve played power roles, but usually in the guise of a lawyer or someone behind a desk.

"But not that glamorous, very iconic-feeling figure. I just didn’t put myself, especially in TV and film, in that kind of role. And what’s been great about it is now I’m like, ‘Oh, it’d be so great to do like a film noir or…’ It’s opened my brain up to other things."